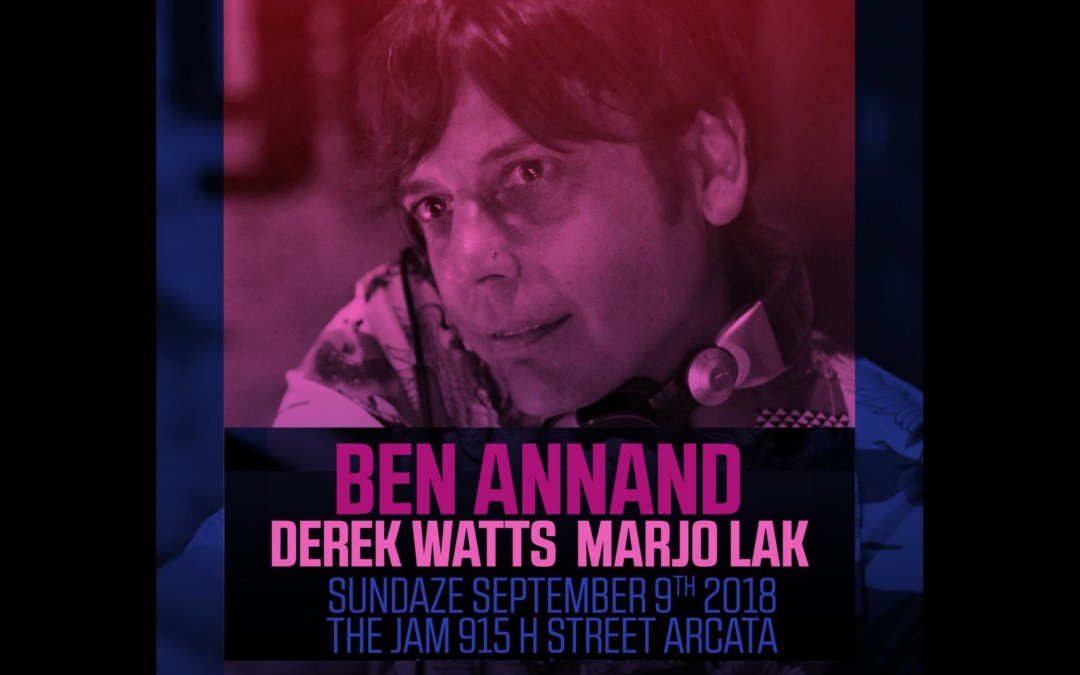 Deep Groove Society & Fraktal Productions Present
SUNDAZE
with BEN ANNAND (Moontribe Collective/Tropical Events LA)
along with our residents: Marjo Lak and Derek Watts
September 9. 9pm. 5$ before 10pm, $8 after. +21(more about BEN ANNAND)
Ben Annand goes full-time with music!
In his zone from deep house to techno, Ben Annand pairs impeccably smooth mixing skills with a dynamic style that keeps the music moving, often flowing over breakdowns and always spending most of his time in the mix.
“For me, a great mix is the interplay of 2 unique but symbiotic pieces of music, creating greater than the sum of the parts – and a great set weaves those mixes into a musical flow that you can’t help but lose yourself in on the dance floor. Technology has changed the game a lot in my 22 years mixing, but the goal remains the same.”
22 years ago Ben Annand was soul-searching in Edinburgh, Scotland, trying to decide what to do with his life. Finally he decided to learn to dj, bought his first records at the 23rd Precinct record shop, and flew home to Los Angeles to get started. In the beginning he slept in a pool shed at his friend’s house while working as high school substitute teacher, saving every penny to buy records and taking on the dj name, Mr. Annand.
Ben was a quick study and in just 2 years had started his own production company, Tropical, and became resident dj at the famed Moontribe Gatherings. He made a goal that the next time he went to Europe it would be a paid trip as a dj, and accomplished it within five years with a 5-city European tour in Portugal, Spain, England, and Russia.
From 2000 to 2007 Ben’s focused on dj gigs in abroad, during which time he made 13 appearances at Propaganda Club in Moscow, visited 9 other Russian cities and appeared on Russian National TV, and played world-renowned club nights like Wiggle at Fabric (London), and festivals like Labyrinth (Japan).
2007-2010 was a transition for Ben as he became engaged and then married to the love of his life, Jessica, in northern Spain. Now a family man, Ben refocused his efforts closer to home, specifically targeting the West Coast’s growing outdoor festival scene. His hard work paid off leading to recent appearances at Oregon Eclipse, Motion Notion (Canada), Cascadia (WA), Lightning in a Bottle, Sunset Campout, and Desert Hearts (CA), among others.
After 22 years on the decks, 2018 is the year that Ben Annand finally springboards to full-time dj on momentum from his growing fan base and the reputation of the now-legendary Tropical event series. Tropical’s cornerstones are the 500-person Tropical Boat Party every summer and the much-loved Tropical Oasis Retreat, which recently sold out it’s latest version on the Hawaiian island of Kauai a month early.
A breath of fresh air in the sometimes ego-dominated dj and party world, Ben Annand stands apart in his generosity having donated over $29,000 to charitable causes through Tropical. Now free of the full-time teaching job he has somehow balanced since 2005 with his dj career and organization of Tropical, Ben is excited to take his career to the next level!