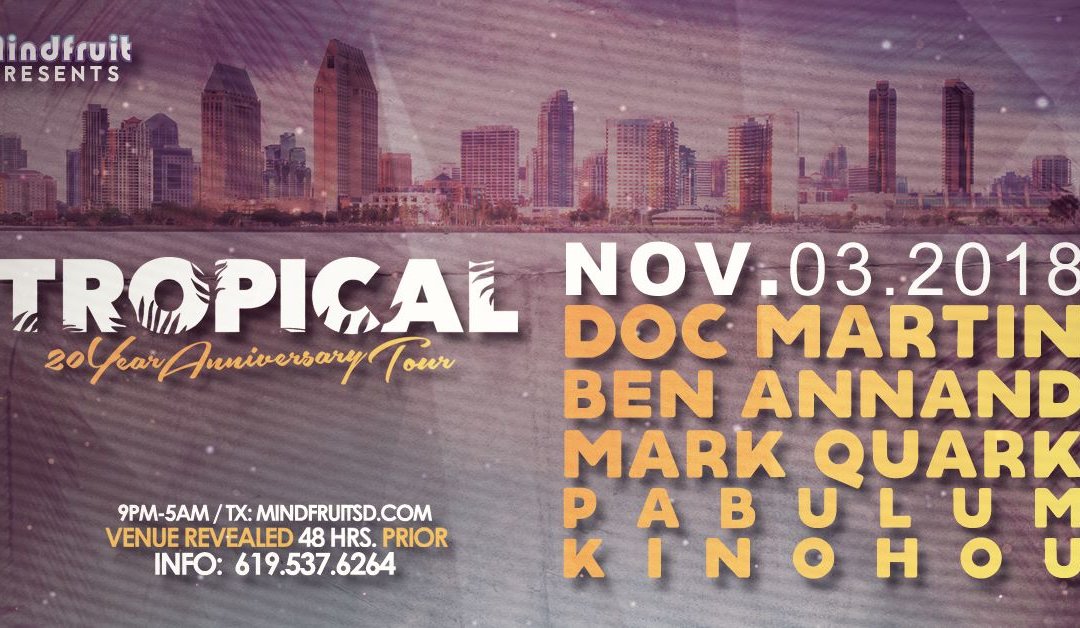 Mindfruit is honored to host Tropical’s San Diego stop of the 20 Year Anniversary Tour. Mindfruit and Tropical have a connection that goes back to the years prior to Tropical’s start: Ben Annand had John Pabulum play several events leading up to the first Tropical. When Tropical was launched, Pabulum was one of the few residents on board for the first few years before moving to Rome, Italy.
That is when Mark Quark stepped in as Tropical resident. Mark was the perfect fit musically to the changing aural landscape of Los Angeles.
Doc Martin (Sublevel), being a staple in the LA underground, has featured many times on the Tropical lineup over the years. Who best to bring in to this LA-SD collab??
Kinohou, local favorite and purveyor of the deep, will be on opening duties and setting the mood for a lineup that is eclectic, versatile, yet cohesive… A twist to what we usually see in San Diego!
Turbo Sound by Digital Cocoon.